I am standing on a beach, watching a dance that feels like a memory. It is the 1980s, and two gay men are sharing an intimate duet. As they circle around me to the strains of a Chopin nocturne, their bodies are not quite bodies; they are ghostly, pointillist collections of colored dots. And yet they have lifelike dimensions. When I change my position I can see them from different angles, or even watch them from above, like a god.

When I take off my headset, they are gone. The dance on the beach is part of the Peabody Award–winning virtual-reality art project Queerskins: Ark, and its choreographer, Brandon Powers, has come to my apartment with a small backpack of equipment to show it to me. Powers makes such “house calls” on a regular basis, and he’s an enthusiastic advocate for his cause: the potential for combining digital extended-reality technologies, or XR, with material and approaches that we associate with live theater—and tapping into vast new audiences in the process.

Separately from his work on Queerskins, Powers is heading up a new XR initiative at Musical Theatre Factory, a company that serves as a development pipeline for works of musical theater with a focus on queer and trans creators and artists of color. MTF is one of several organizations that have been looking beyond the kind of virtual theater that we have seen a lot of since March—Zoom readings and the like—toward a more ambitious vision of the future. “There may not be a performer in front of you, but the work is responding in real time to how you move, so it has a sense of liveness,” Powers says. “It’s about how we can use technology to extend our reach and expand what the definition of theater is.” 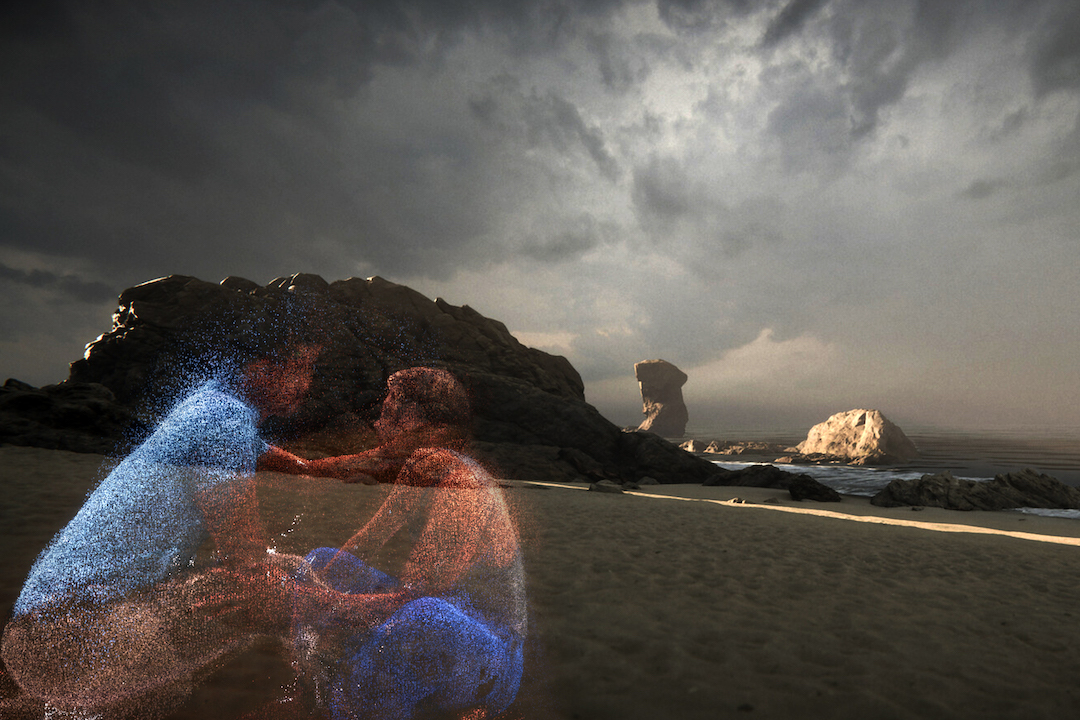 One prominent recent example of VR/theater cross-pollination has been The Under Presents, a gaming experience launched last year by the Los Angeles company Tender Claws. To help flesh out its extensive virtual world, which includes a cabaret space, the company worked with the Brooklyn-based indie-theater troupe Piehole. Some of the game’s nonplayer characters were performed by live actors, and from July through September The Under Presents offered a live, ticketed solo adaptation of Shakespeare’s The Tempest that engaged players interactively.

“We have a set of interests and jokes and questions,” says Piehole’s artistic director, Tara Ahmadinejad. “What has inspired us collectively is to take that toolbox and apply it to different mediums and realms.” For actors like the company’s Alexandra Panzer, it proved to be a fascinating opportunity to adapt her skills. “Part of why I think Tender Claws wanted to work with us is that a lot of our work is about how to make an experience feel alive and present,” she notes. “We had to figure out what we could do to make someone in a virtual world feel seen and vulnerable—like something is really happening.” 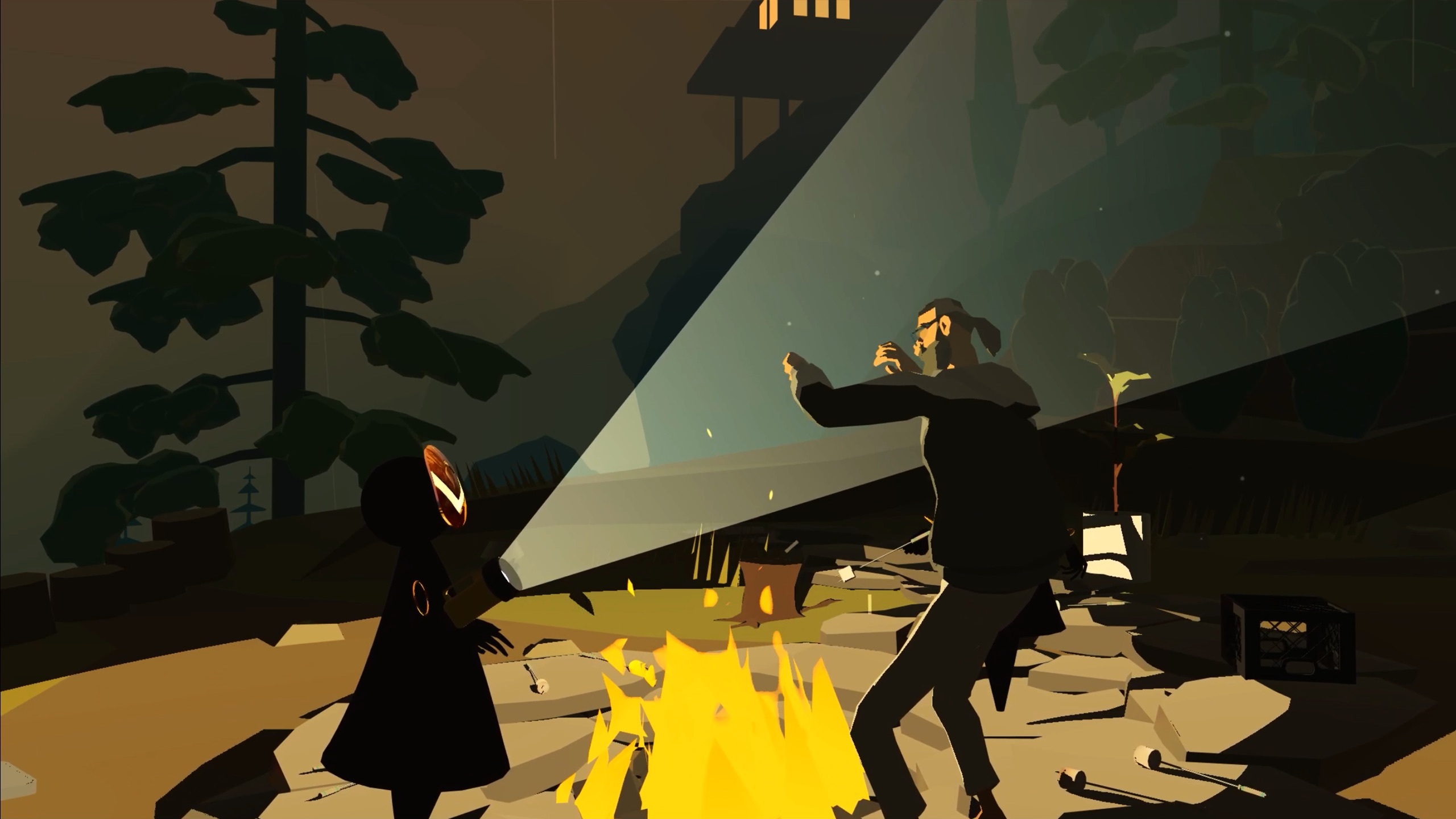 “Theater makers and especially musical theater makers are really primed to excel in this space,” says Musical Theatre Factory’s managing director, Aaron Salley. “Musical theater and XR are similar in many ways. A great musical is all about collaboration—about uniting people from different backgrounds and disciplines—and about transitions that flow and let you feel taken care of.” And the artifice built into musicals helps ease the leap into the digital world. “Abstraction from reality is what makes musical theater the most popular genre of art in the world right now,” Salley says. “You get to escape your lived reality and dream, imagine and play.”

For some artists, the pandemic crisis has accelerated processes that were already in motion—such as those at Crux, an XR collective that foregrounds Black artists and technicians and that had been planning for years to explore the possibilities of live performance within the digital world. “People are finally settling into an understanding that this isn’t going to change anytime soon, and things need to happen,” says Crux producer Nick Leavens. Over the summer, Crux teamed with theater producer Blair Russell to create the Black Imagination Series. Their first offering, in late September, was an hour-long VR collection of original short plays performed in real time, with cartoon avatars standing in for the actors.

The experiment was a success, and Crux is now in the process of lining up works that can be produced with more realistic graphics as well. “Anything that can be imagined can be done in this space, and that makes it really exciting,” says Leavens. But that doesn’t mean that, logistically, some things aren’t easier to produce than others. “I consult with writers and right now, they’re all asking, ‘What can I do with my work?’” says Russell. “At first I was saying, ‘Adapt it,’ but now I’m saying, ‘Forget it—write something new that fits into these spaces.’” 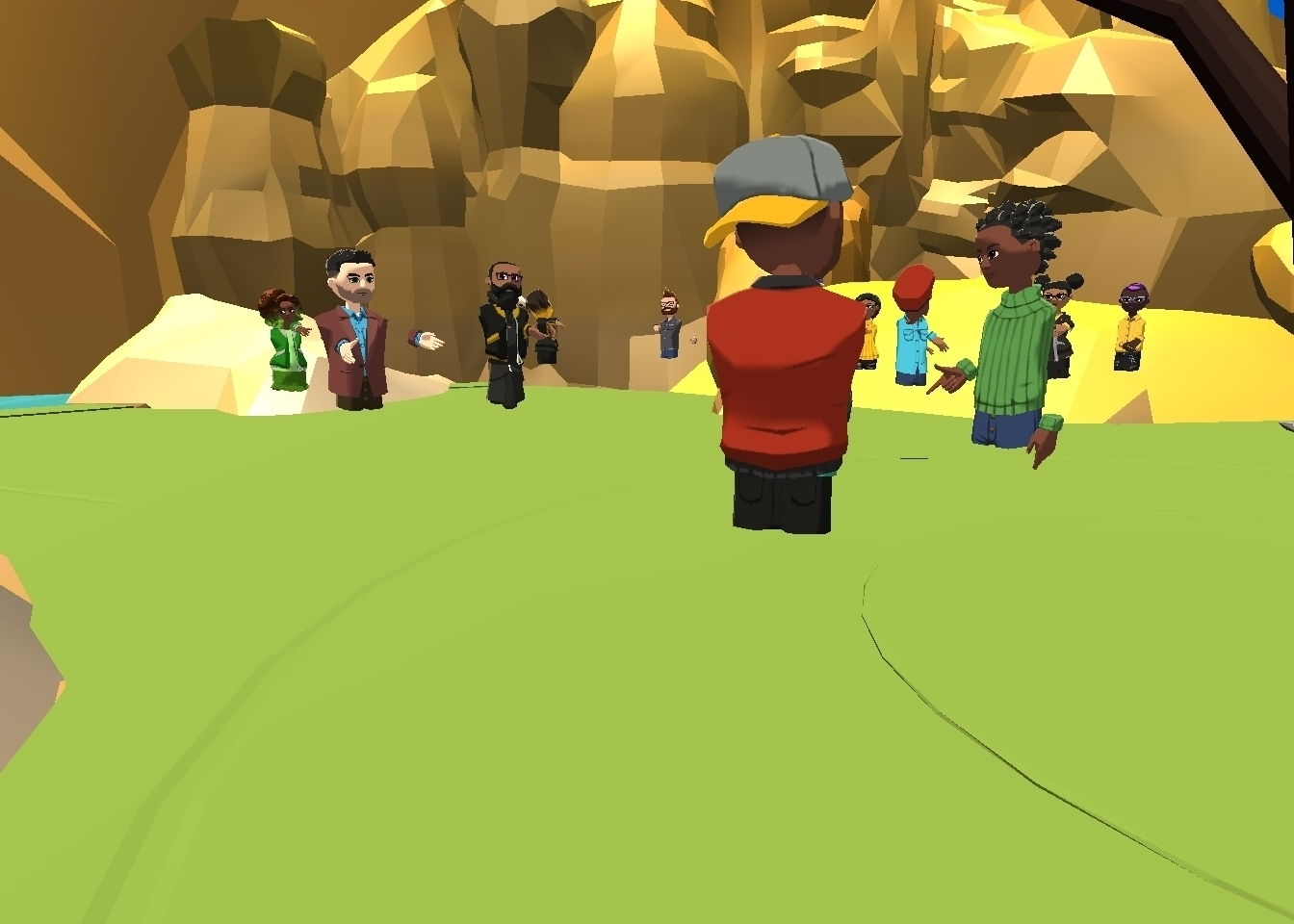 Since it is new, and has a built-in potential to reach audiences that have been historically underserved by live theater, XR is especially promising for the artists at Crux. “Because we don’t have the restrictions of a medium that was shaped over hundreds or thousands of years by white men, we can center the Black story as the foundation of what we build the art of XR storytelling to be,” says Leavens. “That is thrilling, and I hope it will have a ripple effect across this medium and others.”

For now, much of the cross-pollination between XR and theater is still in its exploratory stages, in part because of the costs associated with creating high-level products, especially in full-length works. “The immediate future is going to be about creating worlds that are interactable and to really focus on budget,” says Musical Theatre Factory’s Powers. “There are ways that we can employ technology to enhance how people experience theater as we currently know it without creating a completely new medium,” adds his colleague Salley. For example, MTF plans to integrate augmented-reality or AR technology—which adds virtual elements to the real world of the viewer (as in, say, Pokémon Go), rather than taking the viewer to a virtual world—into a 2021 production of a new piece by Nia Witherspoon.

But the barriers to creating XR content, for both consumers and producers, may well become less prohibitive in the years ahead. “We’re at a point in history where the technology is advancing really rapidly,” says Crux cofounder Lauren Ruffin. And compared to regular theater, which is often geographically or economically out of reach to many people, virtual reality has the potential to reach far wider audiences. “When you can give this thing to not just 100 people a night but thousands of people a night, you have a working financial model for making theater accessible,” says Crux’s Leavens.

“If anyone thinks that they should stop doing this when the pandemic is over, they are sadly mistaken,” says Russell. “The American theater is like Blockbuster. Broadway is Blockbuster corporate, and the regionals are like the franchises.” Live performance with extended-reality technology, for him, is a way forward. “It’s about expanding the audience, expanding accessibility, and creating work similar to what these artists are used to doing but with people who actually care about them,” he says. “That’s the future. The future is: What do you want to do? How do you want to do it? Let’s make it happen.” 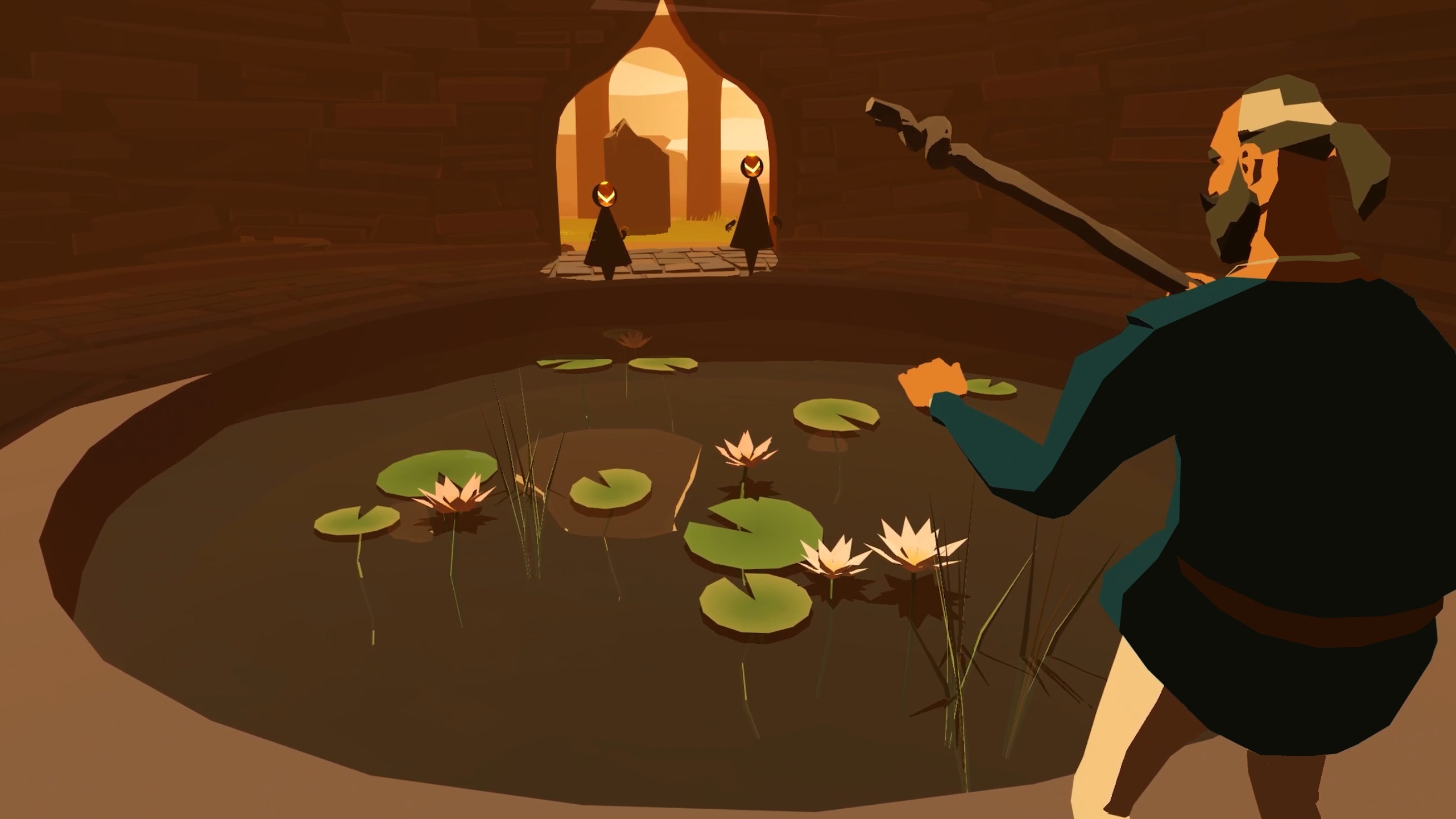