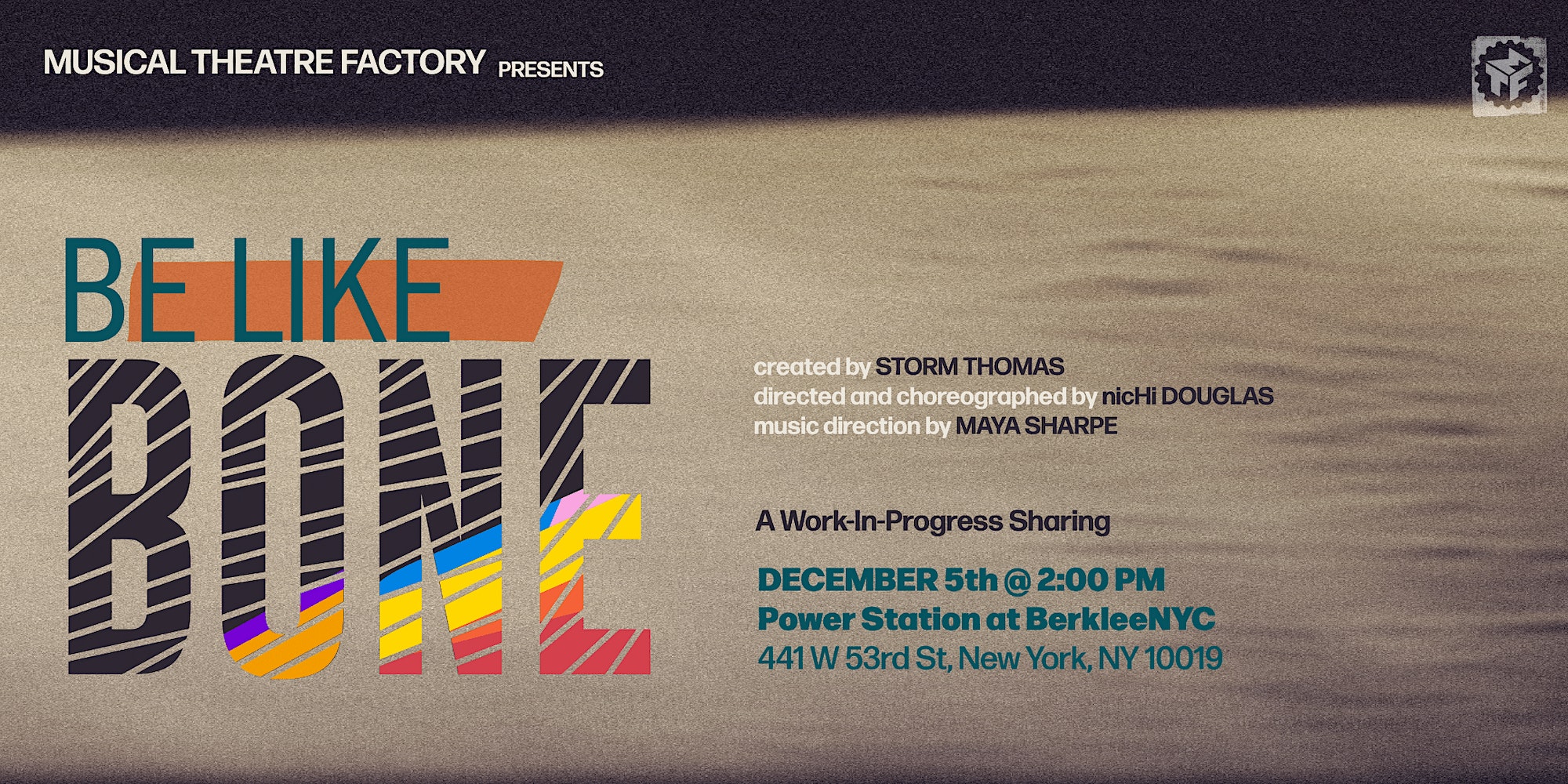 Be Like Bone is a new form of musical theater. Expressionist, Impressionist, rhythmic, dense – the show is a study on presence and the way we look at the past. Vivid, layered, echoeing: This is not a period piece. Be Like Bone is an investigation into the overlap between black queer/transness and the musical theater form. Act 1: the late 1890’s, Act 2: the early 1930’s, Act 3: 1991 — each represents a formative step in this…relationship. Be like Bone is about connections, about patterns- friendship, sex, and collaboration between the most remembered, talented, artists of their era and the way the world treated them. Be Like Bone sounds like a city – tumbling brick runs into music, music you can dance to, and the characters like Aida, George, Zora, Langston, Wallace, Bob and more are moved to speak. The music is uniquely generative – it’s a tUnE – yArD’s meets Anderson .Paak meets André 3000 type vibe.

nicHi douglas is a Brooklyn-based artist, educator, activist and 2021 Princess Grace Award winner. you can refer to her/him/them/us using any pronoun said with Respect. we have developed original theater work at The Public Theater, Roundabout Theatre Company, New Victory, Lincoln Center, Long Wharf, Pig Iron, Denver Center, and Berkeley Rep, among others. they have created interactive dance exhibits for the National Museum of African-American Music and the New York Hall of Science. nicHi’s mutual aid fund, nicHi’s SuSu, launched in 2020 and has raised over $17K for Black artists. nicHi has been commissioned by Mimi Lien & Itohan Edoloyi to create a social sculpture on Lincoln Center’s campus for Spring/Summer 2023.

nicHi is a member of the Faculty Leadership Committee in the Playwrights Horizons studio at NYU Tisch Drama (Undergrad), where she teaches in the Movement Area. nicHi also guest lectures at Yale School of Drama.

MUSICAL THEATRE FACTORY (MTF) is committed to dismantling oppressive ideologies toward collective liberation, centering artists of excellence who exist in the intersections of underrepresented groups. We develop changemaking new musicals in a joyous, collaborative community free from commercial pressures.